After weeks of frenetic coverage and activity, Republicans have managed to pass the most extensive overhaul of the tax system in decades. Regardless of one’s feelings towards the bill, it’s an impressive feat. Many are heralding the law as a major win for Republicans who, after the bedeviling year they’ve had, frankly needed it.

If it’s a win, it’s certainly an unorthodox one. The bill is scathingly unpopular with the American public. There are actually tax hikes that were more popular than this cut. Speaker Paul Ryan insists that everyone will warm up to the bill once they’ve experienced its effects. He’s betting his party’s future electoral success on it.

The bill isn’t irredeemably bad. Although the magnitude of the advertised savings is dubious, most families will see a modest improvements. Further, many economists believe that the law will spur economic growth– albeit not enough to make it budget neutral. There are benefits. They just won’t be enough.

First off, the law goes into effect January 1st. The majority of people won’t see any of the benefits until they file their taxes in 2019—months after the final ballots are counted in November. So for those who haven’t reaped the symbolic benefit of seeing their home team win, the GOP has very little leverage. They’re basically left saying “you’re going to see benefits. Trust us.” As the polls show, their promises don’t exactly have a lot of purchasing power.

The benefits would be felt in time for the 2020 election, however. But the GOP severely underestimates how quickly people habituate to a new normal. If tax policy could deliver enduring favorability, Republicans would’ve just kept extending the Bush era cuts. Ebullience fades quickly–especially if the treatment is modest and infrequent. Which it is. The cuts will not be enough for most to notice a pronounced difference in their day-to-day spending habits; people will only notice it when tax season comes along.

This bill won’t become popular on its own. They’ll have to make it popular and continue to do so. But climbing out of the pit they’re starting in is going to be a tall order. 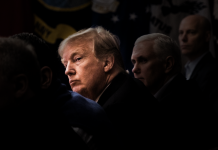 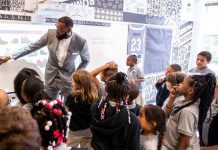