Located beneath Russia’s Vostok research station at the southern pole of cold, Lake Vostok is one of the largest lakes on Earth in size and volume, buried beneath 13,100 ft of ice. 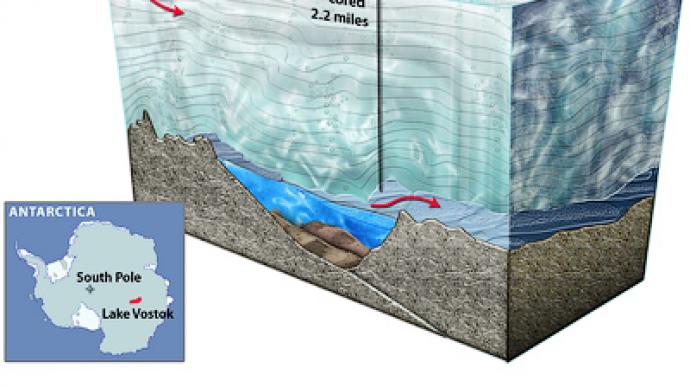 Russian geographer Andrey Kapitsa fist noticed the lake based on seismic soundings made during the Soviet Antarctic Expeditions in 1959 and 1964 to measure the thickness of the ice sheet.

Airborne radar experiments by British and Russian researchers in 1993 confirmed the discovery of the unusual lake.

“The lake has been ice-covered for at least 15 million years (possibly 34 million),” said Brent Christner, a Louisiana State University biologist who has examined ice cores collected above the lake. They also stated on Russian TV that they believed the quantity of oxygen in the lake to exceed all other parts of Earth by 10 – 20 times.

What Christner along with his international team of researchers discovered, were microbes in frozen lake water collected above Lake Vostok’s liquid surface.

Eric Cravens, assistant curator at the National Ice Core Lab in Littleton, Colo., holds up a piece of ice taken from above Lake Vostok in Antarctica.

Their discovery brought them to the conclusion that Lake Vostok may harbor a unique ecosystem based on chemicals in rocks instead of sunlight, living in isolation for hundreds of thousands of years. “The types of organisms we found suggested they derived their energy from minerals present in the lake and sources from the underlying bedrock,” Christner said.

On February 5th, 2012, Russian scientists successfully drilled through and breached the lake.

From the samples collected, they used a form of statistical analysis known as metagenomics. What their samples have revealed thus far is over 3,500 unique species of life, including several hundred species of eukaryotic organisms, and over 100 multicellular species. They even found species that are generally associated with mollusks and fish, leading one researcher to say that the lake “might have fish.” 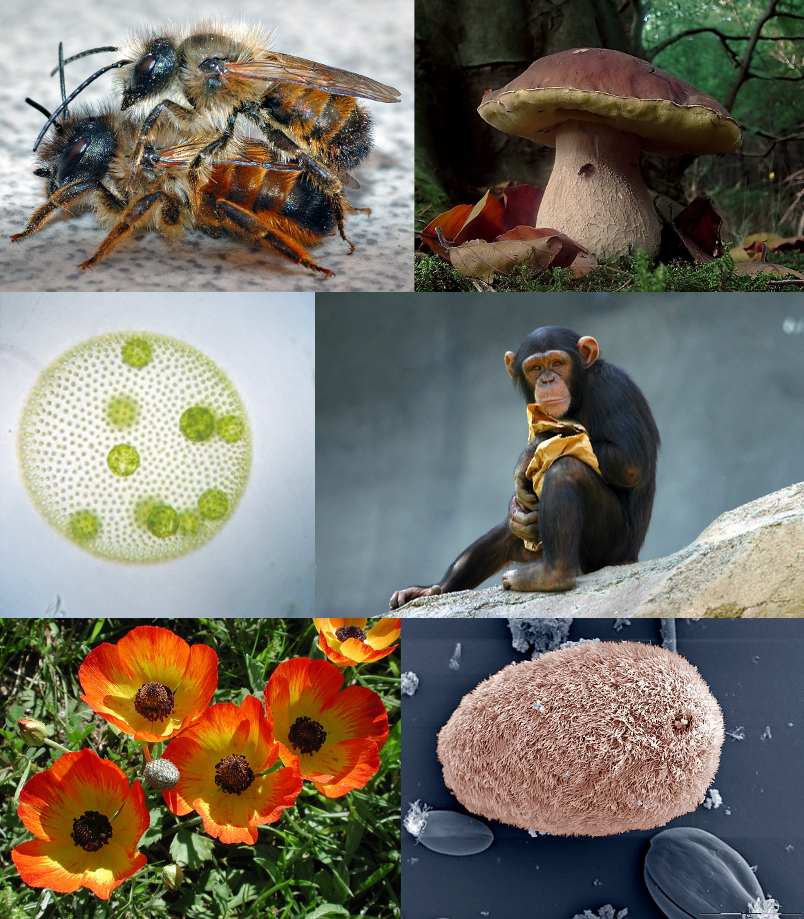 One of the Scientists Claims Something Else Was Discovered

Dr. Anton Padalka was part of a Russian scientific expedition in Lake Vostok and what he claims they discovered is a terrifying creature known as Organism 46-B.

“We encountered Organism 46-B on our first day. It disabled our radio – which we later learned, to our alarm, was intentional.”

According to Padalka, the 14-legged monster can “hypnotize its prey and paralyze humans at a distance of 150 feet using poisonous venom” and was responsible for the death of two members of the scientific expedition.

Padalka also states that Organism 46-B can completely camouflage itself while it stalks its prey – even shape-shift to fool its unsuspecting victims. He clearly remembers the creature shape-shifting into the form of a human diver.

“We thought it was one of my colleagues swimming towards us in scuba gear. By the time the closest scientist has realized what it was, it had grabbed him and torn him to bits.” (source)

After five days of battling the animal, the remaining scientists finally trapped Organism 46-B in a tank. They brought it to the surface where it was then seized by Russian officials, who told the waiting international press nothing had been found.

The hole has since been plugged.

Dr. Padalka has since become a defector and has been granted sanctuary in Switzerland, where he was able to disclose this information. He believes Russia is attempting to now weaponize and breed the deadly squid.

Could Dr. Padalka’s Story Be Accurate?

On Feb. 2, 2012, Fox News ran a story about how a team of Russian scientists was not responding to their colleagues after descending into the lake.

“No word from the ice for 5 days,” Dr. John Priscu: professor of ecology at Montana State University and head of a similar Antarctic exploration program told FoxNews.com via email.

A day later, U.S. News ran a story claiming Fox News made up the story.

“I can assure you that they are not lost or out of contact,” Priscu wrote in an email. “I never said the Russians were lost.”

Did Fox News make this up, or did someone get to Dr. John Priscu after the article was published? Is it far-fetched to think that former KGB agent Vladimir Putin would squelch a discovery in order to weaponize it to his benefit?

Turns out Putin is well known for weaponizing anything and everything, including: