Icon Entertainment Group have partnered with Frank Sinatra Enterprises to open the new Sinatra Bar and Lounge in Nashville next year.

Due to open in early 2020 the new Sinatra bar and lounge will be in the Southern Turf building. The historical Queen Anne structure in downtown Nashville’s Printer’s Alley was erected in 1839, the area is currently being redeveloped.

Set to have a ‘Manhattan meets Palm Springs’ ambience the menu will offer Italian favorites and traditional cocktails. Jack Daniel’s Tennessee whiskey will feature heavily as Sinatra’s drink of choice with the Jack Daniel’s Sinatra Select also to be available.

The Sinatra Select was created to pay tribute to Frank.

Matured in special barrels that have deep grooves carved into them for the toasted oak to have more contact with the whiskey, this expression is said to have a bold yet pleasant smokiness with a smooth vanilla finish.

Said by Jack Daniel’s to be as smooth, bold and classic as Sinatra himself they recommend the Sinatra Select to be taken as Frank would have it, two fingers of whiskey over three ice cubes with a splash of water.

Frank Sinatra’s 70 years career saw him contribute greatly to culture and the arts and he remains to be an inspiration to many performers. Throughout his career, Sinatra gained numerous awards for both his music and movies.

Nancy and Tina Sinatra said: “We are thrilled that our Dad, who loved good songs, good food and good spirits, will now be part of Music City’s creative and vibrant landscape.”

“The stately Southern Turf landmark is listed on the National Register of Historic Places and once housed a speak easy and saloon.”

Frank Sinatra Enterprises has partnered with Icon Entertainment, the company behind the Patsy Cline Museum, Johnny Cash Museum, Nudie’s Honky Tonk, House of Cards and Skull’s Rainbow Room located in the basement of the same building which will home the Sinatra bar and lounge.

Bill Miller, founder of Icon Entertainment said: “It’s a pleasure and an honor for our family to partner with the Sinatra family to bring what promises to be one of Nashville’s and the Southeast’s most notable establishments.” 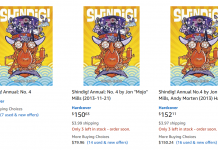 The Search is on for This Year’s Best Margarita