“We have to figure out some way to ensure that the advent of digital superintelligence is one which is symbiotic with humanity. I think that is the single biggest existential crisis that we face and the most pressing one … the danger of AI is much greater than the danger of nuclear war … so why do we have no regulatory oversight? This is insane.” – Elon Musk (source)

The rapid advancements being made within the tech world surrounding artificial intelligence, quantum computing, surveillance systems, and data gathering, for the most part, are going unnoticed. While the general population is made aware of the looming threats of unstable diplomatic relations between nations that seem to be spiraling towards war, few are aware of a far greater danger: how our world is quickly becoming a black mirror episode. 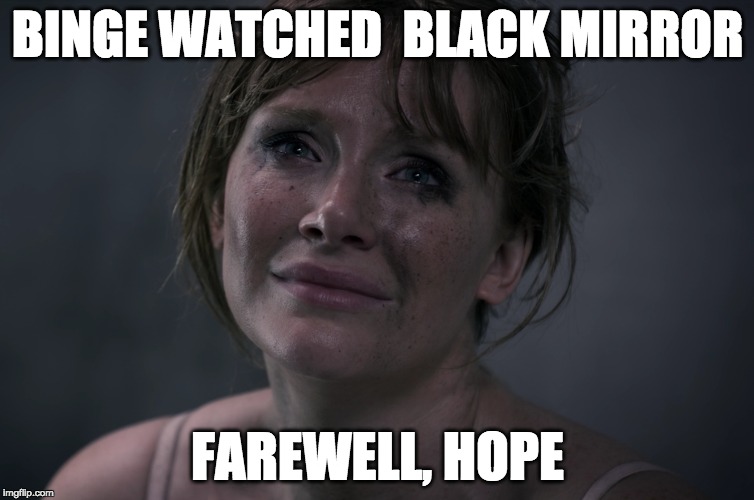 For those unfamiliar with the show on Netflix, each episode examines a fictional take on modern society, particularly with regard to the unanticipated consequences of new technologies … new technologies that are becoming a reality.

Think you can jaywalk across the street? China’s AI facial recognition system can identify any one of its 1.8 billion citizens in 3 seconds or less. Busted, your score drops. There goes your chances of your kid getting accepted into your school of choice …

… or your chances of leaving the country.

Government-backed surveillance projects are deploying brain-reading technology to detect changes in emotional states in employees on the production line, the military and at the helm of high-speed trains.

Starting next school year, schools in New York’s Lockport district will be equipped not only with bulletproof glass and surveillance cameras but also with facial recognition technology used by police forces and military units.

Known as Rekognition, it is already being utilized by agencies in Florida and Oregon.

“… readily available to violate rights and target communities of color.”

“… face recognition technology like this allows the government to amp up surveillance in already over-policed communities of color, continuously track immigrants, and identify and arrest protesters and activists.”

“This system affords the government vast and dangerous surveillance powers, and it poses a threat to the privacy and freedom of communities across the country. That includes many of Amazon’s own customers, who represent more than 75 percent of U.S. online consumers.” – Electronic Frontier Foundation

Quoted from Newsweek: “Will Big Brother be something out of this world?”

Bill Gates is one of several investors who has announced their financial endorsement for a startup called EarthNow LLC, a company that plans to launch a “large constellation of advanced imaging satellites” to provide real-time images of “almost anywhere on Earth.”

Remember that Black Mirror episode where the soldiers have brain implants that alter what they see to the point of seeing women and children as terrifying mutated creatures?

DARPA has created a program called Neural Engineering System Design that is currently developing an implantable device that will allow soldiers’ brains to communicate with computers and digital sensors.

Elon Musk is working on the same thing. He, along with eight others have founded a company known as Neuralink. They are developing implantable brain-computer interfaces with the eventual goal of human enhancement. Musk has openly stated that they want to merge the human brain with AI.

Pre-Crime Prediction Is Now In Play

Remember the movie Minority Report in which crime is predicted before it happens? In the movie, they utilize psychics, however, in reality, police departments are now utilizing artificial intelligence and big data to create what they call predictive policing technology.

“Make no mistake, pre-crime system technology has already arrived, but it has more than the simple purpose of predicting crime. By combining this technology with other mass data collection, it will, by its nature, clearly have the ability to force self-censorship.”

The Internet of Things

Definition: The Internet of Things is the network of physical devices, vehicles, home appliances and other items embedded with electronics, software, sensors, actuators, and connectivity which enables these things to connect and exchange data, creating opportunities for more direct integration of the physical world into computer-based systems, resulting in efficiency improvements, economic benefits and reduced human intervention.

According to a statement made by former CIA director David Petraeus:

“Items of interest will be located, identified, monitored, and remotely controlled through technologies such as radio-frequency identification, sensor networks, tiny embedded servers, and energy harvesters – all connected to the next-generation internet using abundant, low-cost, and high-power computing,” Petraeus said, “the latter now going to cloud computing, in many areas greater and greater supercomputing, and, ultimately, heading to quantum computing.”

Ever heard of lifi? It is a technology invented back in 2011 that allows for wireless communication between devices using light to transmit data … light specifically from LED.

With the development of the internet of things, every LED light in your home will soon be connected. With lifi technology, frequencies undetectable by humans can be broadcasted.

Could this be why the governments of the world have worked to phase out incandescent bulbs in order for every home to have LED? Was it really about saving energy, or setting it up so every home had the capability of receiving lifi?

Robots today can run, open doors, self-heal, merge and split with each other, consume biological material such as human corpses for energy …

They exist as insects, nanoparticles that can build molecules, DNA, can be 3D printed into both solids and liquids …

Combine this with the advancements being made with artificial intelligence …

I wrote this 10 months ago and it’s still mindblowing:

All of this, and we still have not delved into what is happening within the Blockchain world:

Our DNA Will Soon Connect to the Blockchain: the AI Hive Mind Theory