“We wield over American political and economic institutions. Some even believe we are part of a secret cabal working against the best interests of the United States, characterizing my family and me as ‘internationalists’ and of conspiring with others around the world to build a more integrated global political structure, one world if you will. If that’s the charge, I stand guilty, and I am proud of it.”
– David Rockefeller, Co-founder of the Trilateral Commission

In part one of this article, I covered how rising Carbon Dioxide levels are not responsible for global warming and are in fact causing plant life to thrive. Despite the scientific studies emerging that now support this, what we are witnessing today is a dramatic change in weather in a very short period of time.

What were once rare forces of nature are becoming regular events.

“Effective execution of Agenda 21 will require a profound reorientation of all human society, unlike anything the world has ever experienced a major shift in the priorities of both governments and individuals and an unprecedented redeployment of human and financial resources. This shift will demand that a concern for the environmental consequences of every human action be integrated into individual and collective decision-making at every level.” 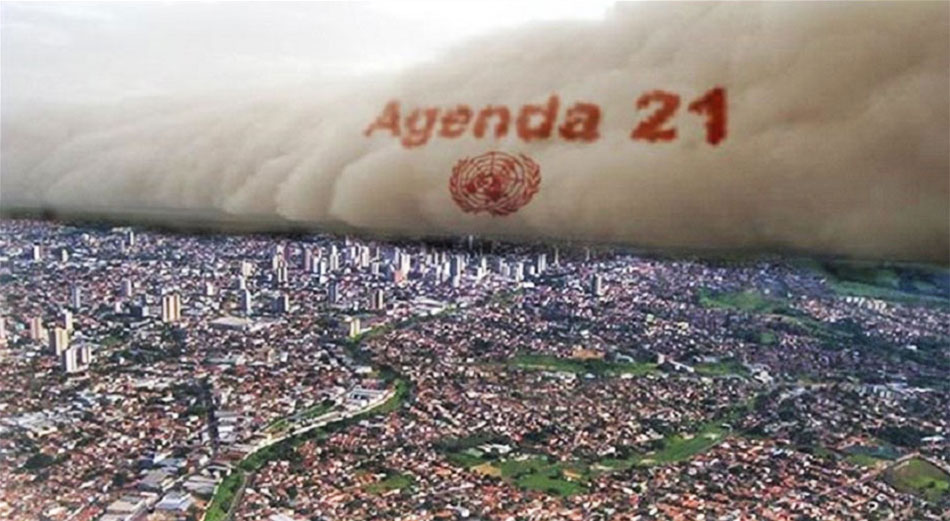 Agenda 21 is a 350-page action plan written at the United Nation’s Earth Summit held in Rio de Janeiro in 1992 outlining, in detail, the UN’s vision for a centrally managed global society. Adopted by 178 nations, it is a comprehensive blueprint for controlling every aspect of human life on Earth.

“Isn’t the only hope for the planet that the industrialized civilizations collapse? Isn’t it our responsibility to bring that about?” – Maurice Strong, Club of Rome member, devout Bahai, founder and first Secretary General of UNEP

They are masking its implementation by establishing Agenda 21 organizations in all local communities across the planet, making it seem as if they are independent local community initiatives when in fact they all fall under the umbrella of UN’s Local Governments for Sustainability (ICLEI).

All under the guise of protecting the planet from man-made global warming.

“No matter if the science of global warming is all phony – climate change provides the greatest opportunity to bring about justice and equality in the world.”

They Are Manipulating the Weather

Funded by DARPA, the High-frequency Active Auroral Research Program, or HAARP, is a scientific endeavor aimed at studying the properties and behavior of the ionosphere.

The technology is covered under US Patent 4,686,605 on the “Method and Apparatus for Altering a Region in the Earth’s Atmosphere, Ionosphere, and/or Magnetosphere.”

David Walker, deputy assistant secretary of the Air Force for science, technology, and engineering said this in a Senate hearing: “We’re moving on to other ways of managing the ionosphere, which the HAARP was really designed to do, to inject energy into the ionosphere to be able to actually control it. But that work has been completed.”

By now there are several HAARP (EISCAT 3D antenna) facilities located around the world: 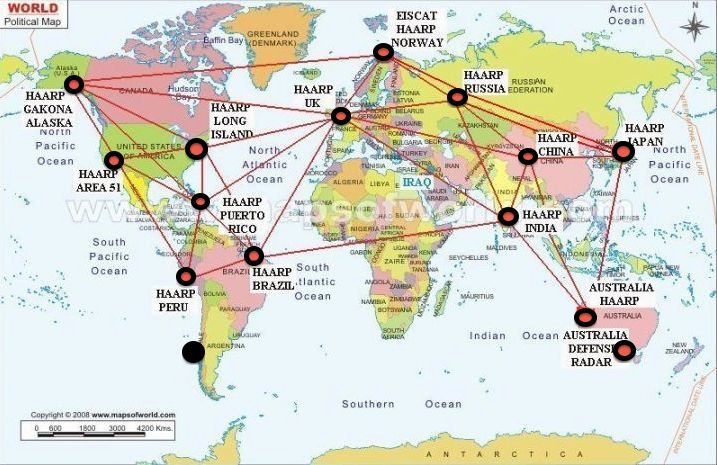 Worldwide ionospheric heaters are just the beginning. Using the Climateviewer, when building your map, you find options like: Now watch these devices in action as they manipulate Hurricane Florence:

These devices can also generate earthquakes. Fukushima illustrates such an event.

Aside from developing zero point energy, Nikola Tesla back in 1898 is said to have set off an earthquake in New York City using one of his oscillators. It is said that upon his death the research within his safe, including his secret compartment, was emptied. I wonder where that research ended up.

These facilities are a major reason behind why they are spraying our skies, to convert the atmosphere into a much more conducive environment for electromagnetic waves, ground-based, electromagnetic field oscillators called gyrotrons, and ionospheric heaters.

They Are Spraying Our Skies

Particulates make directed energy weapons work better. It has to do with “steady state” and particle density for plasma beam propagation. (source) 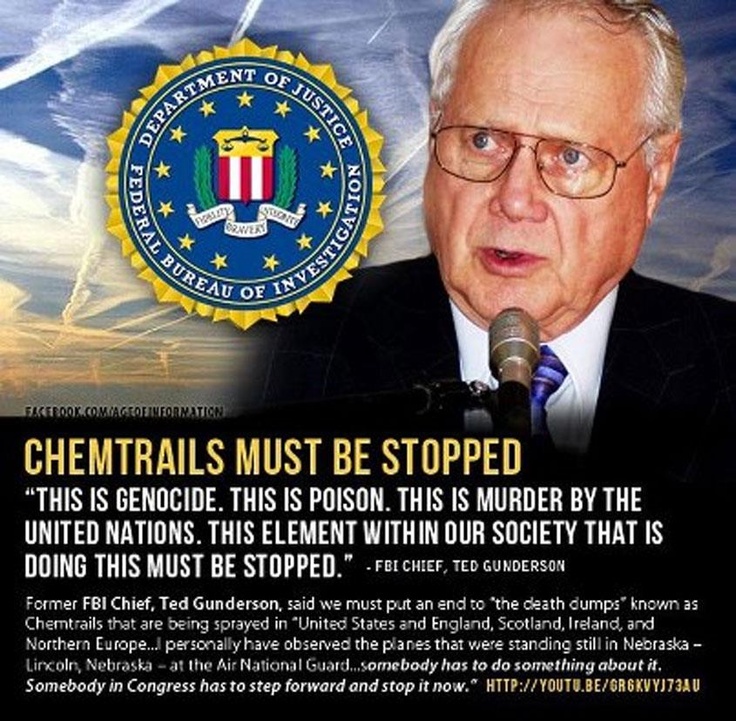 It is not Carbon Dioxide that is trapping the heat within the atmosphere to the degree that we are seeing, it is the handiwork of geo-engineering: metal particulates designed to “reflect” heat.

Chemtrails are also the reason (apart from clear evidence directed energy weapons are being used) we are seeing such intense wildfires.

The trees are soaked in heavy metals, such as aluminum, barium, strontium, even traces of magnesium.

Numerous evidence has also begun to show that they are spraying around hurricanes to guide their path:

Researchers have begun to notice the correlation between areas hit by natural disasters and the zoning areas laid out by Agenda 21/30 megaregion development zones.

The wildfires in Santa Rosa, CA for example match re-development zones laid out in Agenda 21.

“After a disaster is created and homes have been destroyed, FEMA buys the land for pennies on the dollar and then decides to make that land “green zones” which is a euphemism for no people. This makes it extremely apparent that FEMA and the United Nations are working together, along with COG (Council of Governments) which are influenced by the United Nations. COG works locally throughout the country to implement Agenda 21/30 plans and standards.” (source)

In short, the elite that rule this planet are manipulating the weather to make it seem as if we humans are causing global warming in order to usher in a climate-friendly global centralized government.

It’s all laid out in the Georgia Guidestones.

Related Article (The Tech Side of Global Control): The Human Blockchain and the Emerging Global Bioelectronic Brain

A Call To Action

The end result of our future is still in our hands. It is not too late. Are we really going to sit back and allow the Hunger Games to become our reality?

Check out ZeroSumPokerCoaching to take your poker game to the next level! All skill levels welcome.