A breakthrough film released in September of 2017 “Sacrificial Virgins”, provides research and theories from various experts who have uncovered difficult to refute results.

The team who took it on handled controversial data that most react to with the defensive mindset of religion and politics, creating a 45-minute piece capable of creating open channels of discussion.

It is time to admit that some vaccines might not be what we think they are.

This type of film was inevitable. The number of teenage women becoming severely ill after taking the HPV injection, whose lives are immediately destroyed has finally mounted to the point of a counterattack against pharmaceutical companies that they cannot squelch. We now have so many clear examples. These women are experiencing severe debilitating reactions immediately following each injection to the point of paralysis.

A brief summarization of the findings this film presents:

The HPV (Human Papillomavirus) vaccine is injected into teenage women in order to prevent them from ever getting cervical cancer.

It is provided for free through public school and various health installations.

Young women are agreeing to take these injections because they are taught that HPV, or essentially warts, can attach themselves to their cervix, which will lead to cancer.

Multiple doctors have now confirmed that HPV has no relation to cervical cancer whatsoever.

Leading molecular biologist at Berkley, CA, co-author of a paper challenging the use of the HPV vaccine, Peter Duesberg states that HPV doesn’t replicate in cervical cancer cells. They may contain fossil remnants of previous HPV strains sometimes decades old. This is because the human body, since the birth of our species has always dealt with warts.

If given enough time, the body always becomes immune to warts.

“There is no scientific evidence that HPV does anything other than create warts … there is no proof it protects against cancer.”

Dr. Christian Fiala, specializing in Obstetrics and Gynecology: “There is no proof that cervical cancer is caused by HPV … cancer will occur whether there is HPV or not.”

In fact, out of all of the vaccines, HPV has the most recorded adverse reactions compared to all other vaccines. 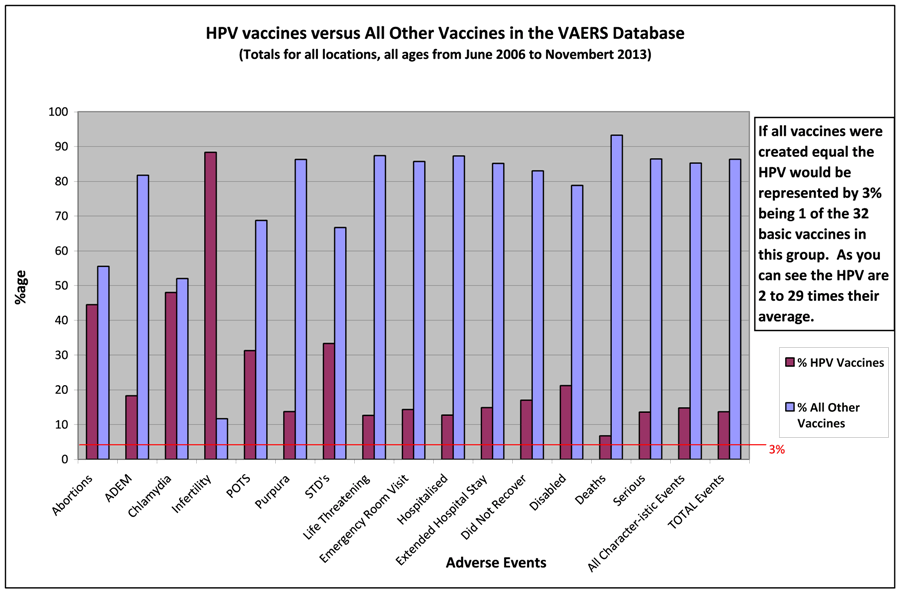 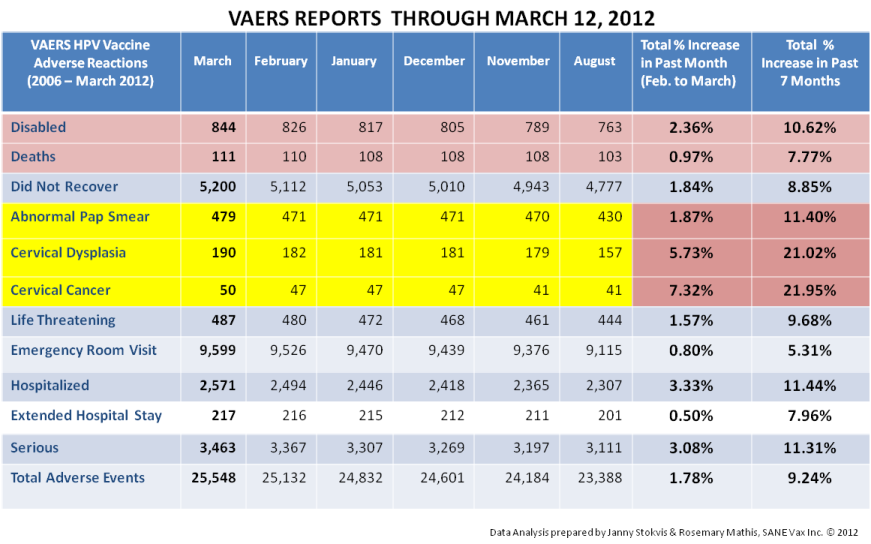 When young women report their side effects to the vaccine, they are told it’s all in their head and wrongly given a psychiatric diagnosis.

They are literally told their pain is not real and that they are making it up.

Government forensic pathologist Prof Dr. Johan Missliwetz autopsied a girl that had mysteriously died after her second HPV vaccine injection. When he submitted his report that showed it more than likely was the vaccine, he was met with harassment from very high authorities within the medical establishment. Several of his colleagues specifically warned him to stop talking about vaccination tests. When asked if the HPV vaccine was worth taking, he said he didn’t have enough information to make a definitive answer.

What is in the Vaccine?

This film dives into the ingredients that make up the HPV vaccine, specifically aluminum adjuvants. An adjuvant is vaccine slang for an ingredient that helps create a stronger immune response within the human body. Prof Christopher Exley of Bioinorganic Chemistry at Keele University, UK: “We know that aluminum is toxic, we know that aluminum is neurotoxic. If aluminum accumulates in the body towards toxic threshold, you will get toxicity, and that could be anywhere within the body.”

Experts are also finding that these aluminum adjuvants eventually end up within the human brain, eventually killing their host cell, and slowly over time every environment they are then introduced to.

Prof Christopher Exley goes on to state that the safety trials did not include the aluminum adjuvant and lipid combination that exists within the vaccine, explaining the importance of what the combination of the two do together. You have to wonder. It’s as if the pharmaceutical company knew the damage capable of combining aluminum hydroxide with a specific lipid. They avoided having it tested but immediately began implementing it once approved.

As if that isn’t condemning enough to suggest that pharmaceutical companies are purposely creating a vaccine purely to injure women, there’s more:

In HPV trial testing, aluminum hydroxide was added to the placebo group. Both groups, therefore, suffered the same side effects.

Why would aluminum be added to the group that is supposed to receive nothing, if not to clearly mask its effects? Adding aluminum to the placebo clearly contradicts the entire purpose of testing against a placebo group, thereby creating a biased study in favor of pharmaceutical companies.